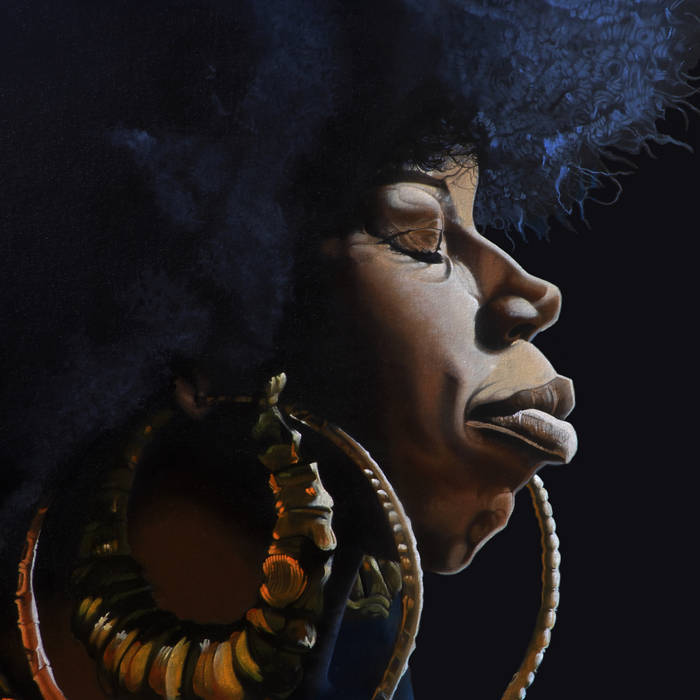 Are0h Georgia Anne Muldrow has been my favorite artist of the last decade. She just consistently turns out great work.

Farzan hakimifard To my bro Len, sorry you never got to hear this. Gritty, emotive and atmospheric. This album is a blend of cutting edge production and classic soul. Favorite track: Play It Up.

Marcia DaVinylMC Project 'Overload' lends itself to be more of a listening album, a classy, intelligent and mature collection which one can study and be inspired by, it is packed with plenty of head nodding bangers not to lose your mind to, but instead to open up your senses. ⭐⭐⭐⭐ Favorite track: Play It Up.

k. fellz been down since Worthnothings. loving the evolution at hand. Favorite track: Blam.

ampeezy Georgia is still on fire, had this album on repeat during drives through the country for field work in South Africa, just reflecting

During her 12 year career she has earned the respect and admiration of listeners and peers alike via her incredible talent not only as a vocalist and songwriter spanning jazz, soul and hip-hop, but her long standing role as a producer and musician.

“You’re my Jay Electronica… you take it there,” declares Ali Shaheed Muhammad of A Tribe Called Quest. He is one of a long list of admirers including Mos Def (“She’s incredible. She’s like [Roberta] Flack, Nina Simone, Ella Fitzgerald, she’s something else.”), Erykah Badu, Dev Hynes aka Blood Orange (“She is one of my favourite musicians in the world”), Bilal and Robert Glasper who invited Georgia to perform on his “Miles Ahead” OST in 2016.

“Music is my discipline. It’s my way of meditating, it’s my way of thanking God, it’s my way of communicating… It’s my way of life,” Georgia explains. Typically working alone, her new album flips that dynamic and takes Georgia out of her comfort zone for the first time since “Seeds” (2003) which was entirely produced by Madlib. “Overload” bears the fruits of numerous collaborations, most notably with duo Mike & Keys (50 Cent, Nipsey Hussle, Snoop Dogg, G-Eazy) who contribute production to four tracks including the sleek, anthemic title track - Pitchfork ‘Best New Track’ on 25 June 2018 - alongside Khalil (Dr Dre).

“Overload [the album] is an experiment in restraint,” she explains. I pack myself into something as clear as possible with the help of gifted artists from all over the world. The live show is an experiment in interpretation. That's when [my band] The Righteous and I unpack into a joyful noise. Both of these dynamics have been striving to balance themselves within me since birth… since wanting to record anything. And by the grace of Patience, Discipline and Devotion, a sweet spot has started to appear.”

Elsewhere Dutchman Moods and Manila’s Lustbass bring the slo-mo funk heat on ‘Aerosol’ and ‘Vital Transformation’ respectively, and Shana Jenson (Muldrow) and Georgia’s partner Dudley Perkins crop up on ‘You Can Always Count On Me’ (a cover of the Gap Band classic) and ‘These Are The Things I Like About You’. Flying Lotus, Aloe Blacc and Dudley Perkins share Executive Production credits on the album.

Themes of Love, Spirituality, Self-Actualisation are woven into Georgia’s music, but she also does not shy away from politics and has been loudly and vigorously critical of the persistent state of inequality between Black and White in the US. Nowhere more directly than on ‘Blam’ - a song about self-defence. “I believe that it has the bones of spiritual song,” says Georgia. “It’s an updated negro spiritual in aesthetic”.

Georgia was 17 when she began making beats in earnest, but first lit up the scene with her debut album “Olesi: Fragments Of An Earth” in 2006. It was at this time that Georgia met, befriended and collaborated with the likes of Madlib, Oh No, MED (fka Medaphoar), Wildchild, DJ Romes and her future partner Dudley Perkins aka Declaime. She co-founded the SomeOthaShip Connect record label with Dudley in 2008, the platform and springboard for many of her musical travels that have expanded and extended down myriad pathways. Georgia has collected many names over the years: Ms. One, Pattie Blingh & The Akebulan 5, an electro fusion collaboration with DJ Romes called Blackhouse and astral jazz outings as Jyoti - a Hindu name given to Georgia by her Aunt Radha’s friend Alice Coltrane (they attended the same ashram) and serendipitously Great Aunt to one Steven Ellison aka Flying Lotus. “She showed me so much love as a child. She knew I was going to work with synthesisers before I did,” laughs Georgia.

It is fitting that a decade on in 2018, Georgia should sign to Brainfeeder - a record label deeply embedded in LA, with a ton of shared history, shared beliefs and a united vision of the future - to release her stunning new album “Overload”.

Featuring appearances from Kari Faux, Bluestaeb and and interview with NY-bred artist Wiki